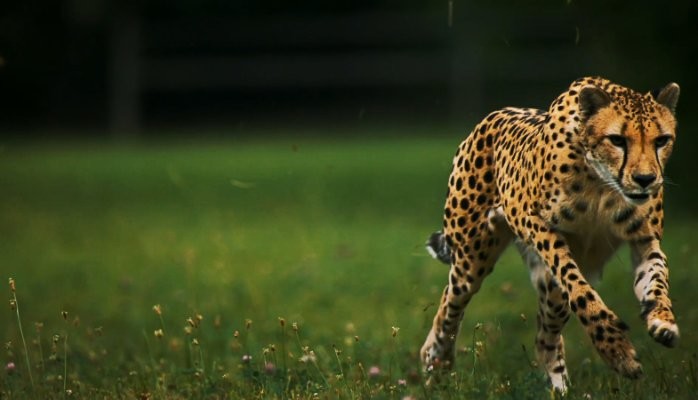 Complexity increases exponentially; the world is changing at a rate at which systems, structures and cultures built over the past century can no longer keep up. Today, more than in the past years, organizations shall realize how to change quickly, incrementally and consistently. 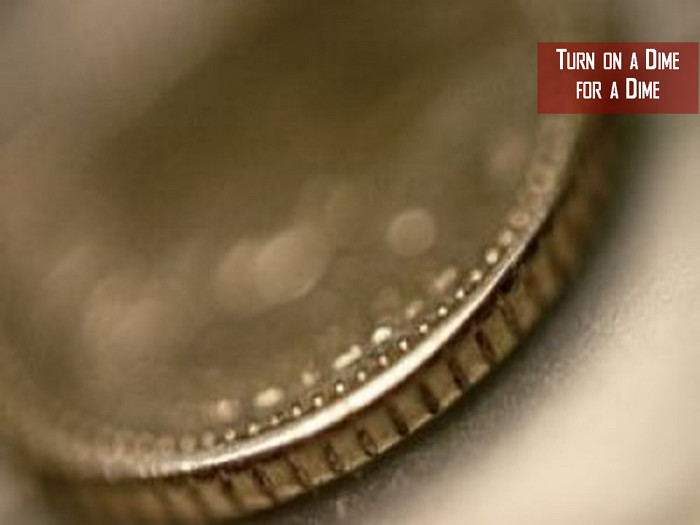 Organizations should be nimble enough to be able to turn on a dime for a dime: being lean, modular, agile able to change and adapt quickly and at low costs.

This is even more real and urgent considering that companies like Uber, Airbnb, Facebook, Bitcoin and the share economy, are disrupting the world and its old business models and habits.

Can companies remain competitive and at the same time change amid constant turbulence and disruption?

This is true for Startups which are nimble at birth and accustomed to rapidly change according to market requests and feedback, but it seems more a paradox than the reality for big companies.
Structured organizations are strongly falling behind the competition and are not prepared to compete in the future because they usually are too slow to execute or innovate, or too internally “siloed” to effectively respond to market demands.

The hierarchical structures and organizational processes these organizations created and used for decades, are no longer useful to remain competitive in this faster-moving world.

“No organization today – large or small, local or global – is immune to change.
To cope with new technological, competitive, and demographic forces,
leaders in every sector have sought to fundamentally
alter the way their organizations do business.”

John Kotter (https://www.linkedin.com/in/johnkotter) is a Professor of Leadership, Emeritus, at the Harvard Business School, a New York Times best-selling author, the founder of Kotter International (a management consulting firm), and a well-known thought leader in the fields of business, leadership, and, more important, Change Management.
He is the inventor of famous Change Management Models called 1) The Leading Change 8 Steps and 2) The Kotter Accelerate’s 8-Step Process.

The Leading Change 8 Steps model was created in 1996. 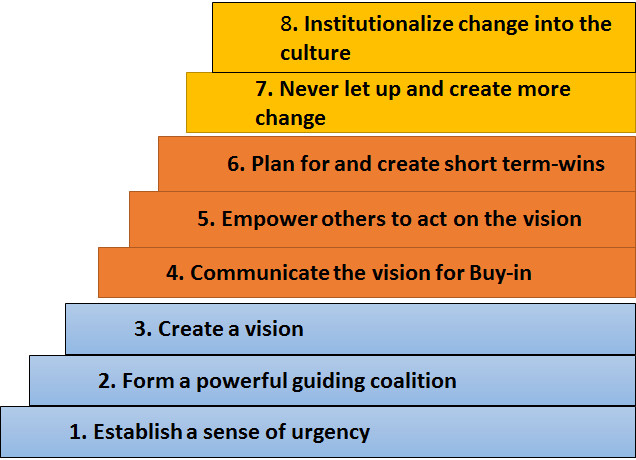 These steps are arranged sequentially and can be divided in three main phases:

This model can be considered a great milestone for Change Management, being thought to function within a traditional hierarchy.

That model was thought as a discrete and linear process. The steps are often applied sequentially in effecting or responding to episodic change. The related change is usually driven by a small, powerful core group (the Guiding Coalition) who centralizes decisions.

Nowadays complexity cannot be faced through a predictive, sequential, centralized approach and process, limiting the applicability of such model.

In 2014 Kotter introduced the new XLR8 model, which re-uses the many useful things coming from the former, but innovates it by introducing concepts like concurrency in execution, Dual Operating System, volunteer army.

XLR8 introduce a the concept of “Second Operating System” which operates within the company.

Whereas the first operating system is the well structured hierarchy with its managerial processes which can produce incredibly reliable and efficient results following a constant pace, the second operating system is organized like a network next to the existing hierarchy that lead and execute the change.

This new (somehow virtual) network based operating system, complements rather than overburdens the hierarchy, freeing the latter to do what it is optimized to do.

It is devoted to the design and implement the change strategy, that uses an agile, network-like structure and a very different set of processes.
Furthermore, it continually assesses the business, the industry, and the organization, and reacts with greater agility, speed, and creativity than the existing one.

Informal networks of change agents operate under the hierarchical radar to make something new happen faster. The processes in this network look less like management and more like self-organization and light touch leadership.

This second operating system contains no bureaucratic layers, command-and-control prohibitions; the network allows a level of individualism, creativity, and innovation that the first operating system, the hierarchical one, is not able to provide.

in order to keep this Dual Operating System going and being successful, these 5 Principles must be followed:

Actually, the network is like a solar system, with a guiding coalition as the sun, strategic initiatives as planets, and sub-initiatives as moons (or even satellites).

To move faster and further, it is needed to pull more people than ever before into the strategic change game by forming volunteer armies. These oeople are volunteers that form cross-functional teams (armies); they are stable part of the organization (no consultants, new hires or task forces) that have knowledge, credibility and relationships, to understand what is needed to change and are willing to act.

The general architecture is similar to the previous one, but important adjustments have been done.
In one of my next posts I will give more details.

Call for Speakers for Italian Agile Days 2021 is open and I've just submitted a session! https://sessionize.com/italian-agile-days-2021

We use cookies on our website to give you the most relevant experience by remembering your preferences and repeat visits. By clicking “Accept All”, you consent to the use of ALL the cookies. However, you may visit "Cookie Settings" to provide a controlled consent.
Cookie SettingsAccept All
Manage consent

This website uses cookies to improve your experience while you navigate through the website. Out of these, the cookies that are categorized as necessary are stored on your browser as they are essential for the working of basic functionalities of the website. We also use third-party cookies that help us analyze and understand how you use this website. These cookies will be stored in your browser only with your consent. You also have the option to opt-out of these cookies. But opting out of some of these cookies may affect your browsing experience.
Necessary Always Enabled
Necessary cookies are absolutely essential for the website to function properly. This category only includes cookies that ensures basic functionalities and security features of the website. These cookies do not store any personal information.
Non-necessary
Any cookies that may not be particularly necessary for the website to function and is used specifically to collect user personal data via analytics, ads, other embedded contents are termed as non-necessary cookies. It is mandatory to procure user consent prior to running these cookies on your website.
SAVE & ACCEPT