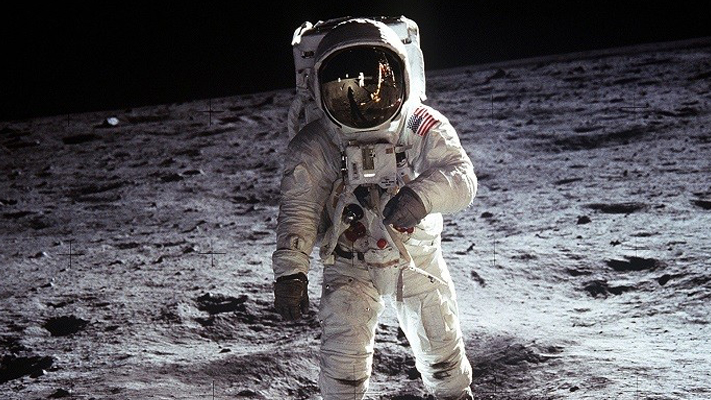 To date, most companies gave higher priority to return on shareholders investment. This has created major problems for the fragile balance of the planet, as well as dramatic and always increasing disparities among rich and poor people.

The Covid-19 crisis we’re living is teaching us, one more time, that everything in this world is inter-connected. Can human beings and corporations change their priorities and remedy to these disparities? Where can we start?

I think Agile could help, but it’s obviously a titanic endeavor if left alone. But if we rewind the tape to just a few months ago, we we may find a first sign of this change. This story starts on August, 2019, the 19th…

There are dates. There are dates that we knew in advance they would become historical; events that the entire humanity knew about, which ti expected to become reality at a specific point in time.

Then, there are other dates. Dates that most of people do not know in advance, related to events that were not promoted or communicated.

Dates which the people started to call Event, with a capital letter “E”, only in retrospect by recognizing them as historical and, from that moment on, celebrating its anniversary by signing them on calendars.

How many of you, on February 2001 from 11th to 13th were nervous, in front of the television (or pc), biting their nails and waiting the seventeen Agile gurus to finally sign the Manifesto, one after the other, with the same apprehension with which our fathers and mothers, anxiously, were looking at Neil Armstrong, taking the first step on the lunar soil on July 21st, 1969?

Well, even if thinking this way to the birth of the Agile Manifesto is quite romantic, that story is highly unlikely. Actually, we understood the importance, magnitude and the extent of that event, only after months, if not years. In retrospect, in fact.

But actually, for many of us, it completely, definitely and wildly changed the course of their lives.

According to Wikipedia, the Business Roundtable is a non-profit association based in Washington, D.C. whose members are (181) chief executive officers of major U.S. companies. Its mission is to promote public policy favorable to business or social interests, while opposing others (e.g. the Trump administration’s family separation policy).

That day, they met to draft and sign a document which content was quite unexpected according to what the public opinion usually expects from a committee of that typology, where personal and financial interests, games of power and false promises generally predominate and then having the courage to present the results as revolutionary, through big and bold announcements. 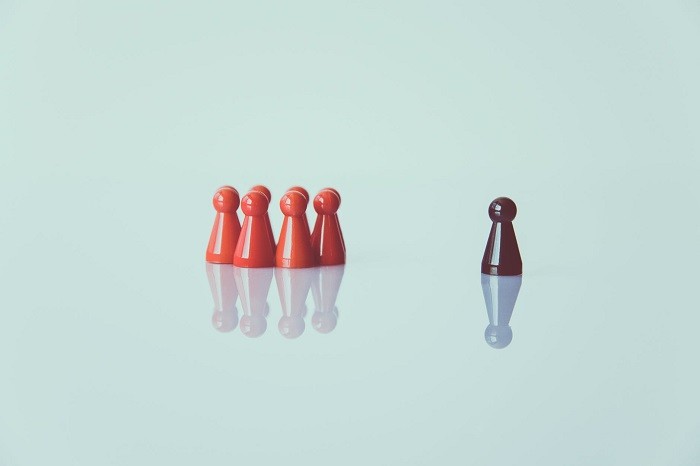 But this time that was different.

Yet, in my opinion, in a near future and only in retrospect, we will be able to appreciate the extent, magnitude and importance of that event, as huge. I cannot say 100% like what it has been the Agile Manifesto, but I honestly hope so.

What was that document about? It radically redefined the purpose of American corporations. And what does this has to do with Agile? Well, be patient and follow me.

Purpose of a Corporation

You can find the entire declaration here, but let’s see what are the most important passages of that document, reported below by following the original, strict sequence (priority).

[…] While each of our individual companies serves its own corporate purpose, we share a fundamental commitment to all of our stakeholders. We commit to:

What?! Am I dreaming?

Shareholders are in the last position and, additionally, corporations should not pursue short but, however, long term value?

And what about the higher priority stakeholders? Customers, employees, suppliers, communities? Music for our ears…and did you see the accompanying verbs? Delivering, Investing, Dealing fairly, Supporting.

All this sums up into two very dear concepts to us: Sustainability and Agility. Bingo! 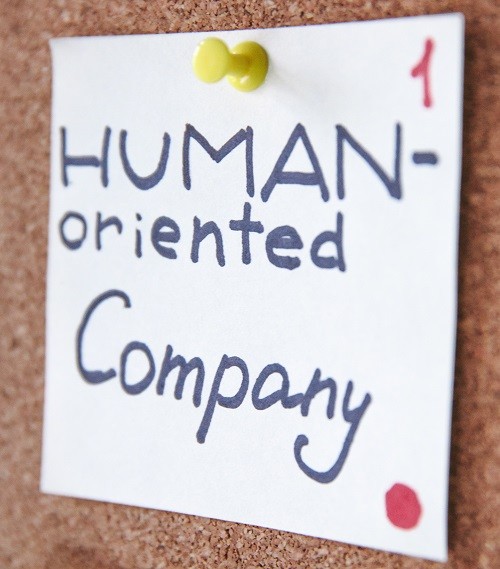 More sustainability for a suffering world

Before Covid-19 outbreak, one the biggest concerns for many of us were the climate change and the devastating effects it’s having on our planet, in a world where the gap between richest and poorest people dramatically increases every day.

Concepts like circular economy and a green new deal, seem to be the only way out to literally save our planet and ourselves.

But, the speed with which we are walking that path it’s quite slow, unsure. This is why I consider that declaration a big step towards the right direction.

Can you imagine?! 181 CEOs of major American corporations (knowing that U.S. is one of the most polluting countries in the world) are promising to be more attentive and dedicated to employees and communities, no more looking to them and the resources of our planet like oranges to be squeezed for the immediate and prevalent thirst of the shareholders.

The companies these CEOs are leading, will review their operating and cultural models according to those principles; thousands if not millions of their employees will be benefited and hopefully, at their turn, will apply those behaviors in their families and communities, starting a virtuous circle, which we all hope will (this time positively) “infect” the whole planet.

The crisis we are living due to the Corona virus infection, is demonstrating how an isolated phenomena happened in a very local situation (Chinese Wuhan wet market) if not understood and underestimated, could propagate and cause unimaginable consequences in the whole world. 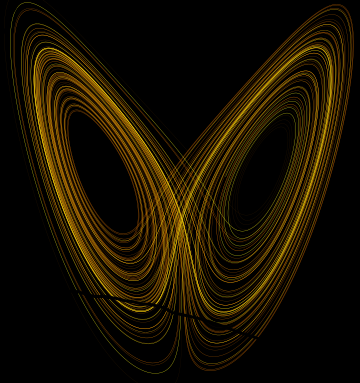 This stresses even more the concept of inter-dependency of every living being, community or corporation, despite weather they are in Italy, U.S. or China. For the ones who want to deepen this topic, this is a good place where to start: Butterfly Effect of Edward Lorenz.

Agility for a better world

If we take a look the twelve principles of the Agile Manifesto, we discover how much this discipline has its feet deeply rooted in lean and humanism currents of thoughts: a noble and effective platform that can help every corporations to stick to the above reported declaration.

Agile was created to satisfy and captivate customers, solve complex problems and avoid unnecessary waste, by creating the right product the market needs: nothing more, nothing less. Again, repeat with me: nothing more and nothing less.

How? Iterative, empirical approach, feedback and early and continuous delivery of value, are the main components,which can help delighting the customers while not misspend or misuse any resources (and polluting less).

Additionally, effectiveness of teams is another key topic with the intent to spend their minimal amount of energy, in order to create the maximum amount of value. This is incredibly well described by the tenth principles:

Furthermore, the fact that Agile advices to “melt down” silos by creating cross-functional teams and getting business people sitting beside product developers, is another element that gives companies more opportunities to be adaptable, essential, effectual, reducing hand-offs, misunderstandings, delays.

When we analyze the situation from the point of view of employees’ well-being, we found that, undoubtedly, Agile is many steps ahead from any other approaches.

Build projects around motivated individuals. Give them the environment and support they need, and trust them to get the job done.

But first, step back, avoid Agile involution and jump ahead

It seems that, as human beings, we have a big ancestral flaw: to over-complicate, over-engineer, what is simple. We are great at creating superstructures that often create inefficiencies, entropy, complicatedness. Waste, in facts.

It seems that our Agile community is also sick of that disease. Alistair Cockburn, an Agile Manifesto co-author, describes this phenomena this way:

Agile has become overly decorated. Let’s scrape away those decorations for a minute, and get back to the heart of agile.

He thinks actually that the proliferation of frameworks, approaches and certifications obfuscated the original meaning. 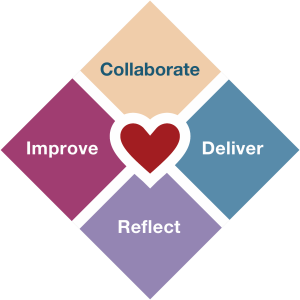 Alistair is also one the founder of the Hearth of Agile, a movement which suggests to be simpler and wants to somehow “reboot the machine”, by starting from these four principles:

My wish is that the day we were put into quarantine due to the Corona virus, can become one of those dates we could remember as memorable.

A date where a real change happened, in the way we behave, live and work, with more respect for people, their interactions and the planet they live…and, of course, with more agility, where values and principles come first, frameworks and certifications then.

Call for Speakers for Italian Agile Days 2021 is open and I've just submitted a session! https://sessionize.com/italian-agile-days-2021

We use cookies on our website to give you the most relevant experience by remembering your preferences and repeat visits. By clicking “Accept All”, you consent to the use of ALL the cookies. However, you may visit "Cookie Settings" to provide a controlled consent.
Cookie SettingsAccept All
Manage consent

This website uses cookies to improve your experience while you navigate through the website. Out of these, the cookies that are categorized as necessary are stored on your browser as they are essential for the working of basic functionalities of the website. We also use third-party cookies that help us analyze and understand how you use this website. These cookies will be stored in your browser only with your consent. You also have the option to opt-out of these cookies. But opting out of some of these cookies may affect your browsing experience.
Necessary Always Enabled
Necessary cookies are absolutely essential for the website to function properly. This category only includes cookies that ensures basic functionalities and security features of the website. These cookies do not store any personal information.
Non-necessary
Any cookies that may not be particularly necessary for the website to function and is used specifically to collect user personal data via analytics, ads, other embedded contents are termed as non-necessary cookies. It is mandatory to procure user consent prior to running these cookies on your website.
SAVE & ACCEPT